Do Succulents Die After Flowering?

Succulents produce blooms that are incredibly beautiful but do succulents die after flowering?

Not all succulent species will die after blooming, but some will.  Let me explain.

Some succulents are “monocarpic”, which means single-bloom or single-flowering.

They will only bloom once in their lifetime and it usually takes the plant several years to reach this point.

Once they bloom, they begin to die off, but not before the mother plant produces off-shoots or “pups” that take their place – that’s the good news!

But why do monocarpic succulents die after flowering or blooming? Quite simply, the plant doesn’t have enough energy to keep living after it flowers.

Its main goal is to flower and produce new seeds. Once this happens, it has no energy left to produce new leaves or keep on living. It’s why it’s often referred to as the “succulent death bloom”.

Thankfully, however, the whole plant doesn’t die in this process because the main plant will have already produced several small offshoots by this point.

With proper succulent care, you can enjoy a healthy plant with what remains, so don’t shy away from buying monocarpic succulents! They make gorgeous additions to succulent gardens, especially outdoor ones.

“Bloom of death” or “death bloom” are common terms used to describe the blooms produced by monocarpic succulent plants.

But which succulents are monocarpic? Let’s talk about that below.

Some of the most popular succulents are actually death bloom succulents! As I said above, these types of succulents reward you by producing enough plants to take their place after flowering.

A few of the most common monocarpic succulents are Aeonium, Agave, and Sempervivum (Hens and Chicks).

They may take several years to reach bloom, which signifies the end of their life cycle, but the young plants they produced beforehand will live on.

Here’s a little information about each of these different varieties:

Aeonium is a unique succulent and one of my favorites. If you’re lucky enough to see a large aeonium bloom, take plenty of pictures!

This succulent flower grows out from the center of the plant from a thick bloom stalk. The photo below shows an aeonium plant in bloom.

See how the bloom is reaching out from the center? It looks like an extension or stretched-out replica of the parent plant that’s reaching up toward the sky.

Agaves are one of my favorite succulents because they’re not just beautiful, but very low-maintenance.

Plant them in the ground or plant them in tall containers as I did in my side patio; they serve as a modern yet elegant focal point! See below.

Agaves need plenty of sunlight to thrive and to produce new leaves from the center. New growth happens under the right conditions and this plant does eventually produce blooms.

If you live in an area with hot and long summers, as I do, agaves are a good addition to the garden because they can tolerate warm temperatures and dry climates.

Agave plants are known for their longevity – with some species living almost one hundred years in the same spot!

Some aren’t that long lasting but with proper care, your agave can live up to a decade.

Like aeoniums, the death blooms produced by these monocarpic agave species are hard to miss. They grow out of the center of the plant and usually reach several feet high.

The result is a thick and long flower stalk, known as a mast.

An Agave americana, also known as century plant because of how long it lives, can actually grow a thick bloom that measures up to 30 feet high!! You’ll see this most often out in their natural habitat.

They won’t always die immediately after flowering, though, as it might take the plant several months or years to die back.

The goal of the agave succulent at this point in its life is to produce seeds.

This happens because the succulent experiences hormonal changes that force it to redirect its enough energy into seed production.

Don’t worry, though, because this process can take quite a long time – years, even decades among agave varieties.

One of the pretties monocarpic plants is the Hens and Chicks variety aka Sempervivum. This type of succulent is famous for producing generous pups throughout its lifetime – and the results are gorgeous!

This is why the entire plant does not die after flowering; the mother plant dies down but the “pups” live on. It’s part of their natural process.

Sempervivum is an excellent succulent to use in your outdoor garden if you’re looking for a ground cover that’s also pretty and rosette-shaped.

They’re known for growing in mats as they continue to produce pups and spread out over large areas.

Luckily, this beautiful succulent can survive outdoors in the winter months and can tolerate very cold temperatures; it’s one of the few succulent varieties that can.

Its colors can also change beautifully in different seasons so I always add Hens and Chicks succulents on my list of succulents to buy each year.

TIP: Sempervivums are really great for use in crafts. I use them to create things like this DIY pumpkin succulent craft because the rosettes are hardy and adaptable.

This flowering rosette will produce many baby plants before producing its beautiful flowers. The flowering succulent rosette will die after blooming and set seed, but its pups will live on.

If this happens to your sempervivum, you can wait until the parent plant withers away naturally before tearing it away from the smaller rosettes.

If you prefer not to wait that long, you can take some clean and sharp pruning scissors or shears and simply snip off the rosette from the base.

Many succulents produce awe-inspiring flower blooms that are tiny, intricate, and colorful. They’re a sight to see but the best part about them is their usefulness to hummingbirds!

That’s because they serve as a food source for them. I’ve seen many a hungry hummingbird fly into my garden to feed off the blooms of my succulents.

I’ve often heard people say that they had no idea succulents produce flower blooms. I have to admit I didn’t either until I saw my first bloom many years ago. It was a glorious sight!

These types of blooms are produced from succulents that flower but don’t die after blooming, such as Echeveria, Crassula, and Sedum.

These little flowers don’t happen often, though; succulents usually produce just one bloom a year. But they’re long-lasting! They can stay intact for several weeks. The succulents will live long after their first bloom.

Non-monocarpic succulents produce blooms that look different than death blooms. Most importantly, these flower blooms grow from the side of the succulent, not the middle, on a single flower stalk.

Once you see them both and understand how to identify them, you’ll be able to quickly notice the difference between monocarpic blooms and succulent flowers from plants that live on after flowering.

Note the side-by-side difference in the photos below.

This Echeveria is in bloom.To produce these beautiful blooms, the plant needs to get a lot of light.

If it doesn’t get enough light, your rosette simply won’t have enough energy to flower and also produce new succulent leaves. This may happen if you’re growing it indoors; indoor succulents are less likely to bloom.

You’ll also notice that your Echeverias or other flowering succulents will bloom at different times of the year.

Sometimes they might bloom in late spring or in late summer.

These perennial plants will produce a long and thin flower stem with tiny buds that attract pollinators. I’m always amazed by these small flower buds; they look like art!

You can allow your succulent to expend energy on flowering OR you can snip off the bloom at the base of the plant to redirect the plant’s energy into producing new leaves.

What to Do With a Succulent Bloom

If your non-monocarpic succulent is in bloom, you might be wondering if there’s anything you should be doing.

Well, take comfort in knowing that you don’t actually have to do anything at all with a blooming succulent. You can simply leave it as is and let the natural process play out.

You’ll know when the bloom has died because it’ll change from vibrant to brown and it’ll also begin to feel crispy to the touch. Once this happens, you can then snip it off at the base of the plant.

An important thing to note is that a flowering succulent is using up a ton of energy to flower and stay in bloom.

This is why many people, including succulent growers, prefer to cut the bloom off the succulent once it appears.

By doing so, they help the succulent save its energy so that it can grow new leaves instead of succulent flowers. 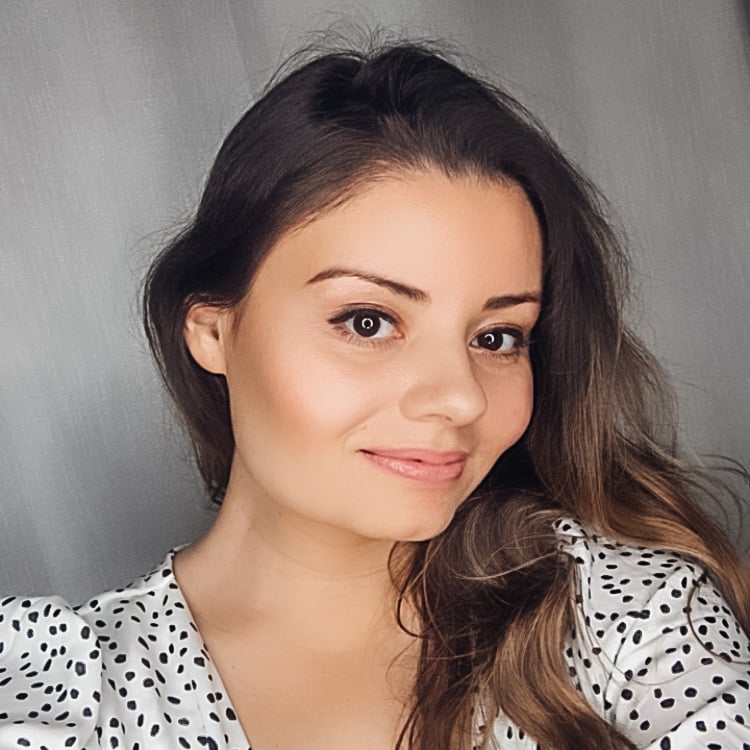 Hi, I'm Natalie! I'm so glad you're here learning about your favorite plants. My hope is to encourage your love of succulents and help you understand how to care for them and make them a part of your home, too, via plant crafts and beautiful arrangements!

How to Care for a Jade Plant 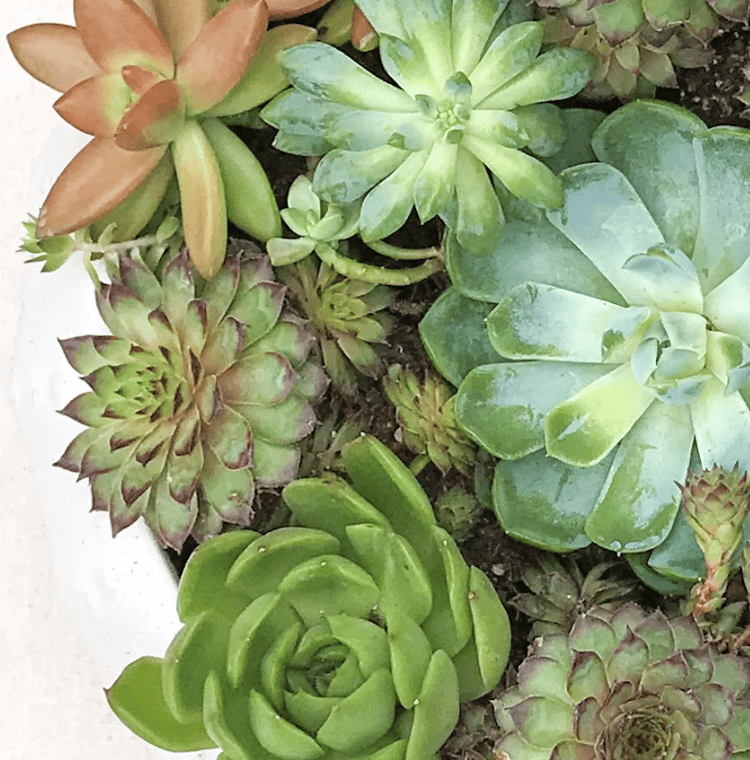 Succulent Leaves Falling Off When Touched: Top Causes and Solutions 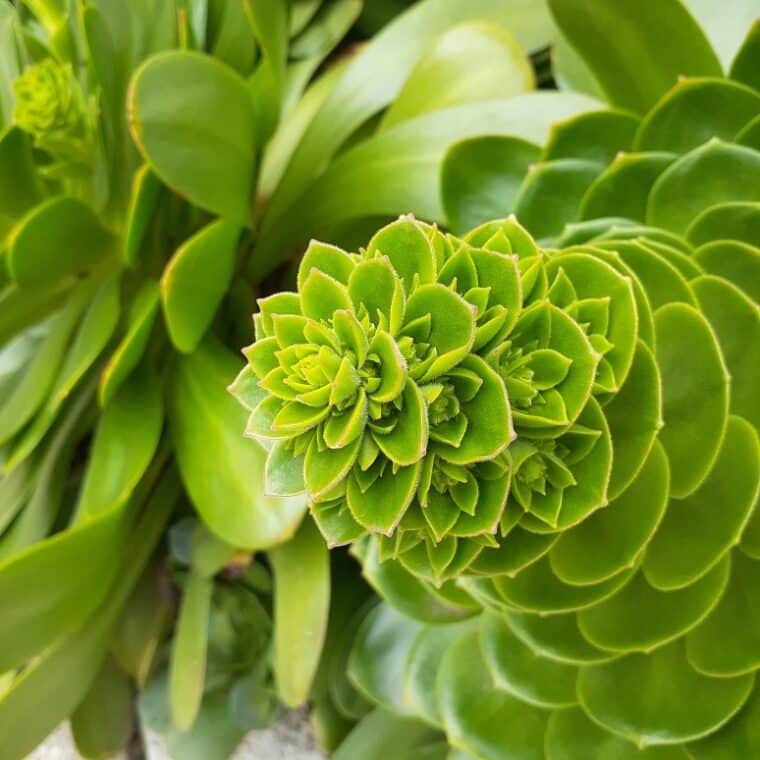 Do Succulents Die After Flowering?

What are you searching for?

This website uses cookies to improve your experience while you navigate through the website. Out of these cookies, the cookies that are categorized as necessary are stored on your browser as they are essential for the working of basic functionalities of the website. We also use third-party cookies that help us analyze and understand how you use this website. These cookies will be stored in your browser only with your consent. You also have the option to opt-out of these cookies. But opting out of some of these cookies may have an effect on your browsing experience.
Necessary Always Enabled
Necessary cookies are absolutely essential for the website to function properly. This category only includes cookies that ensures basic functionalities and security features of the website. These cookies do not store any personal information.
Non-necessary
Any cookies that may not be particularly necessary for the website to function and is used specifically to collect user personal data via analytics, ads, other embedded contents are termed as non-necessary cookies. It is mandatory to procure user consent prior to running these cookies on your website.
SAVE & ACCEPT