Lavender is one of the prettiest and most versatile perennials you can grow. Because of its many uses around the home and garden, it’s an excellent investment. You can either grow lavender from seed or you can purchase lavender plants in containers from your local garden nursery.

Learn how to grow lavender and you’ll not only have beautiful blooms in your yard, you’ll have the opportunity to use those blooms in DIY crafts like natural bar soap, essential oils, live wreaths and bouquets, and homemade moisturizers!

Luckily, lavender isn’t a fussy plant and it’s not difficult to grow. In fact, it’s one of the easiest perennials to keep alive, as long as you understand it’s moisture and pruning needs – the two most important factors when growing lavender. Once you get a few things down, this perennial can come back for several consecutive years. So let’s jump in!

There are two main categories of lavender: English and French (also called Spanish Lavender). They differ slightly in appearance but are still easy to tell apart because of their unique flower blooms. The blooms on French lavender are more fluffy whereas the blooms on English Lavdner stay tight and compact and are usually a much deeper shade of purple.

The care guidelines are pretty similar so it really comes down to preference. English lavender, however, is hardier than the French variety, particularly when it comes to pruning.

French Lavender is aromatic, so it’s used to make lavender oil and other essential oils.

One of the best things about French Lavender is that it is long-blooming, meaning it will bloom for weeks, even months, between Spring and Summer.

Lavender famously thrives in full sun – so it should get several hours of direct sunlight each day. It’s why it grows abundantly in hotter zones like 8 and 9.

You can expect Lavender to bloom in early May and if taken care of properly, through to the end of Summer and even into early Fall.

The second best thing about growing Lavender is that it’s not particularly fussy when it comes to soil. This is not a plant you need to nurture with overly-nutritious soil, fertilizers, or amendments.

It prefers dry soil or sandy soil that is never overly-moist. Lavender is a drought-tolerant plant, so that means you can get away with minimal watering.

However, I personally have noticed that the stems begin to droop if I don’t water the soil every few days, so keep that in mind. If you see your plants wilting, it’s time to break out the watering hose or watering can.

Lavender is a true garden gem. It’s wonderful for the environment because it attracts and is beneficial to bees, but it also repels plant-destroying animals like deers and rabbits.

How to Grow Lavender from Seed

Lavender can be grown from seed. If you’re going this route, make sure to start your lavender seeds in the Winter, several weeks before your zone’s first frost date. (Look up your zone’s last frost, here).

Keep in mind that it’ll take about 85 or so days for your plant to reach maturity if you plant lavender from seed. That’s a long time and it requires you to plan in advance.

If you don’t have that kind of patience (I don’t blame you!), you can simply purchase potted lavender plants from your local nursery.

If you would like to grow them from seed in the Winter, head to my post about How to Start Seeds Indoors. It’ll walk you through the steps, no matter what seeds you’re planting.

If you bought your lavender from a garden nursery, odds are it came in the typical plastic pot. You’ll want to get your plant out of that container and into the ground OR into a prettier container with drainage holes.

Any pot will do as long as it has a drainage hole at the bottom where excess water can drain from. Ideally, the pot should be clay or terra-cotta.

Plastic pots tend to retain water and heat. If you use plastic pots, watch your plants carefully to make sure they don’t suffer from heat exhaustion lol – yes, plants can get overheated, too.

Lavender isn’t picky about soil, but it does best in well-draining, alkaline soil with a pH level between 7 and 8. If your soil tests too acidic, you can add garden lime to make it more alkaline.

Lavender will perform better when planted in the Spring, but mature plants can be planted in early Fall. To plant in the ground, dig a hole that’s as deep and wide as the plant’s root system, then place the plant in the hole and cover with more soil. Water deeply.

If you have clay soil, you may want to add some compost into the hole to help with drainage.

Lavender is considered a full sun plant and is famous for being drought tolerant. As someone who lives in Zone 9, I haven’t always found this to be the case, however.

Every time I’ve placed my lavender plants in full sun, by the end of the first day or two, the plant begins to droop and wilt. As soon as I made the decision to move my lavender pots into an area that gets part shade in the afternoon, they began to flourish.

By shade, I mean that the area gets several hours of shade throughout the morning and afternoon sun, but also gets access to indirect sunlight and a few hours of sun. This proved to be the best placement for my French Lavender plants.

That’s why it’s important to pay attention to your lavender plants after planting. Yes, it’s a full sun plant, but if you find that full sun is just too harsh, simply move it to a shadier spot in your yard.

How to Water Lavender

Learning how to water lavender is crucial because it’s a drought-tolerant plant, which means it shouldn’t be over-watered.

The plant does, however, need good moisture to become well-established.

In the Summer heat, my lavender needs more water than it normally does, so I water every few days. The general rule of thumb is to water deeply once a week.

If your plant starts to droop – that’s a sign it needs water. Check the soil with your fingers. Does the soil feel dry about an inch or two deep? If so, it’s time to water! If it feels slightly moist and the stems are holding up fine, then you can water in a day or two.

Water the soil, not the blooms.

How to Prune New Lavender Plants

Pruning new lavender plants is something you want to get right because it’s imperative to the future health of your plant. Pruning lavender when it’s still small plant actually encourages it to put its energy into producing more foliage and a stronger root system, which results in a prettier plant and more blooms in the future.

Pruning also helps to create the rounded shape that people love in lavender plants, especially when grown in containers.

To prune your new plant, grab your pruning shears and cut the plant down to about one-third of its current height. Yes, this means you’ll be cutting off the blooms, too.

You most likely bought your plant from the garden center when it was in bloom, so I know it can be tough to cut the beautiful blooms off before you even get the plant in the ground.

Just know that your plant will be better for it in the long run.

TIP: When pruning, never ever cut into the hard woody base of the plant.

Cutting into this wood is detrimental to lavender plants: you need to leave this hardwood intact because that’s where new growth will sprout from. If you cut into it, your plant may never recover.

Instead, cut about two inches above the woody base. You’ll be able to tell where to cut because you’ll see several branches branching out of the main woody stem.

Always cut at a 45-degree angle, about two inches above the main stem, and prune the entire plant so that it forms a circular, mounded shape. This will give you more even blooms.

How to Prune Older Lavender Plants

If you have established lavender plants that are more than two years old, the pruning technique will be a little different. You’ll prune only after the blooms are faded.

Use your pruners to cut about 2-3 inches above the woody base of the plant.

This will leave you with plenty of foliage above the base. Shape as desired, just remember to do this in late Summer and no later than early Fall because pruning a plant encourages it to grow, and growing in the Winter, especially in colder zones, can kill your lavender plant.

If the plant reblooms in late Summer or early Fall, simply deadhead the blooms.

Take your pruners and cut into the stem, making sure to leave the last two stems of leaves.

Spanish varieties, as the one shown here, should be pruned more gently. This type of lavender can bloom all throughout the Summer and even into Fall, so once it’s done blooming, deadhead the flowers and shape the foliage so that it looks neat in your garden.

These basic of growing lavender plants in your garden. Aside from pruning, they’re pretty low-maintenance. Their color, fragrance, and beauty is definitely worth growing them.

Wisteria: How to Grow This Deliciously Fragrant and Gorgeous Flowering Vine 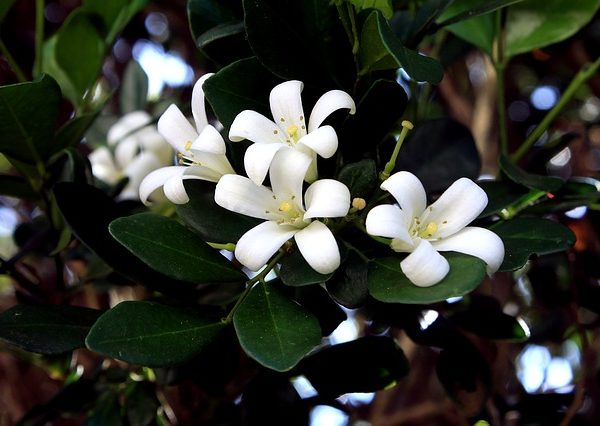 How to Grow a Fragrant Garden 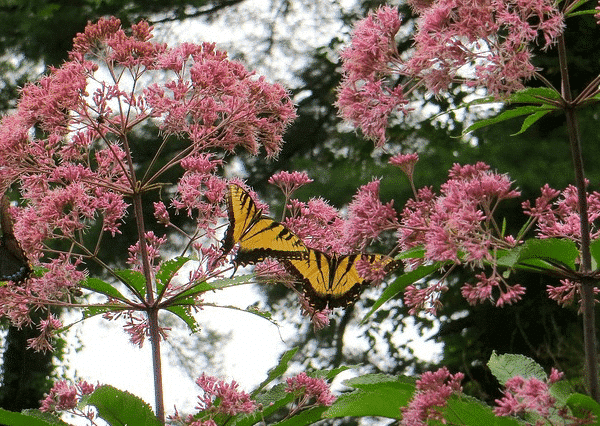 10 Colorful Perennials that Bloom in the Fall 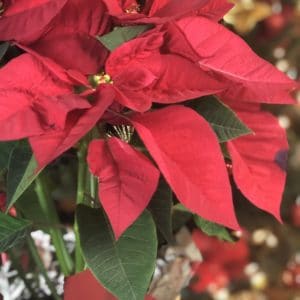 How to Care for Poinsettias this Holiday Season

Any cookies that may not be particularly necessary for the website to function and is used specifically to collect user personal data via analytics, ads, other embedded contents are termed as non-necessary cookies. It is mandatory to procure user consent prior to running these cookies on your website.